WhatsApp is working on Message Reactions feature for WhatsApp Desktop beta users. This update has submitted through the official beta channel. With this update the current version reaches to 2.2207.0. The update brings reference about the ability to use a reaction button for sending reaction to messages available in a future date.

News on reacting to messages on WhatsApp has been around for a while. The developers team has been working to develop this feature from quite some time. According to the reports the team has been adding some new improvements for this feature.

As you all know that the feature to react on messages for WhatsApp beta Android and WhatsApp iOS beta is still under development process. But there was no news about any developments of this feature for the web/ desktop client. WABetaInfo has finally shared screenshot of this feature in its current report where you can see how this feature works on WhatsApp desktop beta when it will available in future update.

The screenshot reveals that there will be six emojis available for you to react to messages. You can choose between these emojis. This information was already released in the previous article released by the WhatsApp news portal. In this update the platform is bringing some details on adding a new reaction button to the feature. As per reports the message reactions button will not be visible always.

When you move the cursor near a chat or group message then it will automatically pop up. So you will be able to react to a message just by pressing the new reaction button. This added improvement will help you to react to any message in a more simple and fast way. As mentioned earlier this feature is under development in this beta version. So even if you don’t see this feature at present, the changes have already been introduced in this update.

However the WhatsApp news reporter assumes that as the platform has already started to develop it, the new feature on message reaction will soon be available to you in a coming date. You will get news as soon as the feature is finally released to the beta testers with the updated version. For more information on all the latest feature and upcoming developments keep following us. 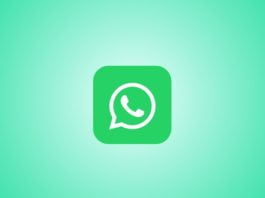 ABOUT US
"Yitake.net keeps our readers updated on upcoming updates in social apps"
FOLLOW US
© Copyright 2023 All Rights Reserved.